Very low occupancy registered in the Majestic Resorts hotels in Punta Cana has forced the chain to consider closing one of its establishments at the destination. 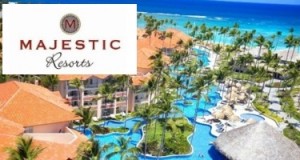 The establishment is the Majestic Elegance Punta Cana, which will close its doors from August 15 to November 7 of this 2019.

It is due to the fact that the hotel presents the “worst occupation” in the Eastern region after the case of “physical aggression” that a US guest reported during their stay in the facilities, so it faces a lawsuit.

The situation has led the hotel to keep only two of its hotels open for this season: the Majestic Mirage Punta Cana and the Majestic Colonial Punta Cana.

According to a letter sent to tour operators and travel agencies by Ricardo Espinosa , vice president of sales and marketing of the hotel, “due to isolated unrelated problems and an unfavorable campaign in the media, thousands of cancellations have reached our three resorts in Punta Cana for the second half of August, September and October.”

“That is why we do not feel that we are providing the best possible experience by having empty resorts, so we have decided to temporarily close Majestic Mirage Punta Cana in the same room category or higher,” said the executive.

After closing, all reservations already confirmed will be diverted to the Majestic Mirage Punta Cana, according to the company.

Espinosa also indicated in the document that, “during the last months we have had a good amount of conversation to determine the best way forward during this difficult time.”

“Majestic Resorts will offer even more services and more quality than ever to recover our guests; We have taken this issue as an opportunity to rethink and improve for the future, ”he concludes, according to Punta Cana Bavaro Online.