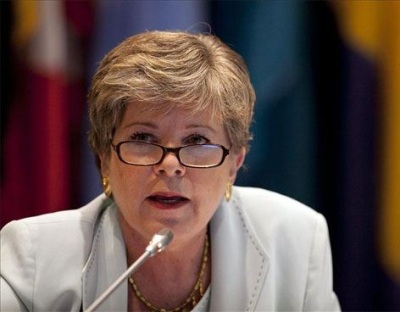 Santiago de Chile.- The Economic Commission for Latin America and the Caribbean (ECLAC) on Wed. rolled back its growth forecast for the region to 0.5% this year, due to a complex international scenario and internal factors of the countries, EFE reports.

In its “Economic Survey of Latin America and the Caribbean 2019”, presented in Santiago de Chile on Wednesday, ECLAC attributes the regional slowdown to “a synchronized weakening of the global economy, which has implied an unfavorable international scenario for the region.”

The ECLAC, in a preliminary simulation, calculated that the trade war between China and the United States has already had an impact in the region, due to the reduction that has meant for trade, of -6% in the first quarter of 2019.

Internally, the agency blamed the forecast of 0.5% “to the little dynamism exhibited by investment, exports and a fall in public spending and private consumption.”

“The region faces an external context with greater uncertainties and growing complexities: less dynamism of global economic activity and global trade; greater volatility and financial fragility; questions of the multilateral system and an increase in geopolitical tensions,” said ECLAC executive secretary Alicia Bárcena during the presentation of the report.

“We have 5 years of economic slowdown, this is a matter of great concern,” she said.

Latin America “needs to shore up its revenues. One way to achieve a more stable and balanced fiscal account is to be able to contain tax evasion and illicit financial flows because that means a large loss of income.”

ECLAC by country, Dominica will lead the region’s growth with 9.9%, followed by Antigua & Barbuda (5.9%) and the Dominican Republic 5.5%.

Another tremor shakes the East, this time a 4.2 magnitude